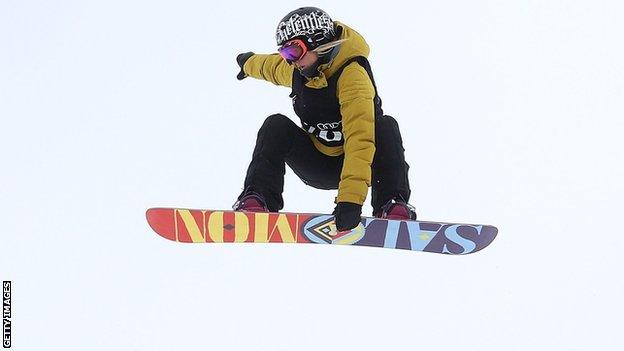 British slopestyle snowboarder Jenny Jones will be out of action until the new year after suffering concussion in a training crash in Austria.

Jones, 33, is hoping to compete at the Winter Olympics in February when slopestyle makes its Games bow.

She underlined her status as a Sochi 2014 medal prospect by winning World Cup silver in August.

Jones started snowboarding aged 17 at her local dry slope. After leaving college she spent a season working as a chalet maid in Tignes, where she would win Euro X Games gold more than 10 years later in 2010.

"Due to a concussion I will be spending Christmas in the UK this year," said the three-time X-Games champion.

"No snowboarding until I recover, doctor's orders," she continued on her Facebook page. "Hopefully back riding [in the] middle of January."

As a result of the concussion Jones will miss this week's Copper Mountain World Cup in the United States.

The Bristol-born snowboarder has been cleared to continue training off the snow and plans on returning to the slopes after Christmas, before competing again later in January.

Slopestyle involves pulling different kinds of tricks off jumps, with the tricks marked on difficulty and size, and will make its first appearance at the 2014 Sochi Games, which begin on 7 February in Russia.