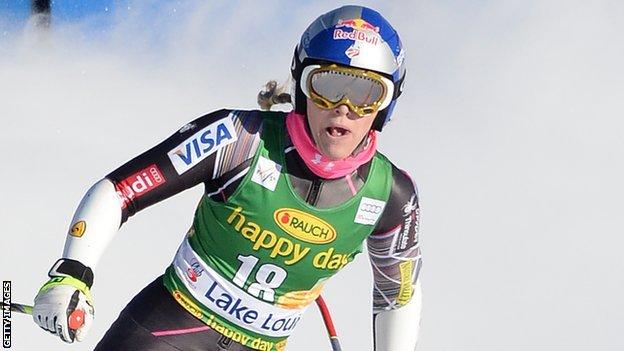 The Olympic champion was 40th in Friday's downhill and 11th in Saturday's event at Lake Louise in Canada.

The American, 29, is trying to prove her fitness ahead of the Sochi Winter Olympics, which start on 7 February.

"I'm so very happy about this weekend - every day it got better," she said.

The event in the Canadian Rockies was Vonn's first competitive outing after she suffered ruptured knee ligaments in a crash during February's World Championships in Schladming, Austria.

The four-time overall World Cup champion only returned to training in September, then in November she partially tore the anterior cruciate ligament in the same knee.

Vonn, who won gold in the downhill at the Vancouver Games in 2010 and bronze in the super-G, says she needs more time on the slopes before February's defence of her Olympic title in Russia.