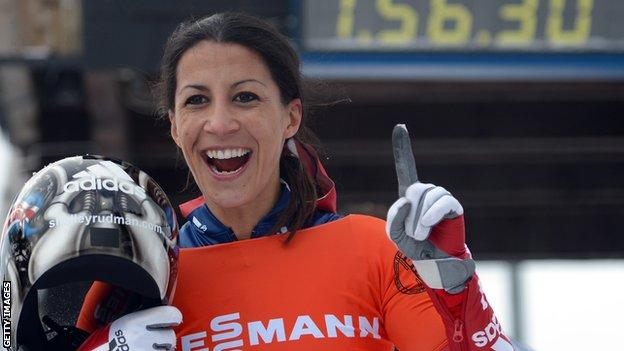 "Shelley already has her medal and a clear goal possibly to win the gold. There is also a good chance for Lizzy if everything goes right," he said.

Rudman, 32, won Olympic silver in Turin in 2006 and her triumph at the World Championships in St Moritz earlier this year raised hopes of going one better in the Russian city.

Donna Creighton, 28, is the third member of the British women's team while the men's challenge will be headed by Rudman's partner Kristan Bromley and rising star Dominic Parsons.

The 28-year-old Parsons slid to a ninth place finish at the World Championships earlier this year, but insisted he is not feeling under pressure as he looks to book his place in Sochi.

Parsons said: "This is obviously a very big season for me but the Olympics are still a long way off.

"It's about performing well on the World Cup circuit and I see no reason why I can't keep improving."