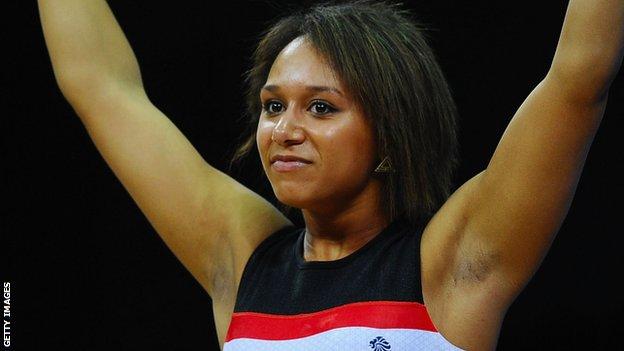 Smith, 19, who was competing in her first major international since London 2012 after a series of injuries, finished with a total of 204kg.

Elena Shadrina of Russia won gold with a total of 212kg, with Poland's Joanna Lochowska second with 211kg.

"Overall, I'm really really happy that all the hard work I've put in in training and rehabbing my back with Sam [Dovey, her new coach] has paid off," Smith told BBC Sport.

"I do have mixed emotions though. I'm obviously overjoyed to have got a medal at the Euro seniors. It was something I didn't realise at first as I was too busy being disappointed at my absolutely appalling clean-and-jerk effort, but I perked up when I looked at the scoreboard."

Smith was fifth with 90kg after the initial snatch phase of the competition and, despite failing with two lifts in the clean-and-jerk stage, she climbed into the podium positions with her first effort of 114kg.

"It's much deserved after the effort she has put in to come back after last year's injury problems."

Smith admitted last week that she almost quit the sport after a combination of injuries and the news that UK Sport was axing funding support for GB Weightlifting.

The women's side of the British programme secured a reprieve in March and Smith, who won bronze for England at the 2010 Delhi Commonwealth Games, said she is now determined to add to her collection at Glasgow 2014.