The 99-capped player Tweeted that he had his appendix removed at Glangwili Hospital in Carmarthen.

Phillips, 35, came out of retirement last year for Scarlets for their two Pro14 matches in South Africa.

He previously played for Cardiff Blues and Ospreys ahead of a five year stint in France, before joining Sale Sharks. 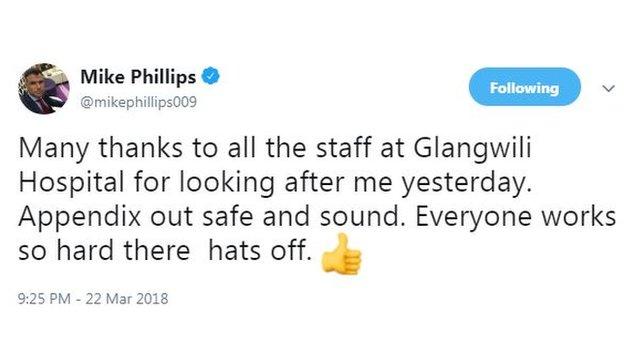