Korir won the men's race in one hour 54 seconds, taking almost a minute off the previous best in the Welsh capital.

Compatriot Jepchumba, who ran most of the women's race alone at the front, clocked 1:08:14.

Welshman Dewi Griffiths was eighth in the men's race, setting a personal best of 1:03:26 in the process.

The Kenyans dominated both elite races, though, with Korir followed home by countrymen Cyprian Kotut and Charles Mneria.

Many runners tackled the course in fancy dress, and organisers said 51% were running the distance for the first time.

Inspiring tales from the Cardiff Half Marathon

Catch up with the action and stories from the Cardiff Half Marathon from our live text commentary and see some images from the race below. 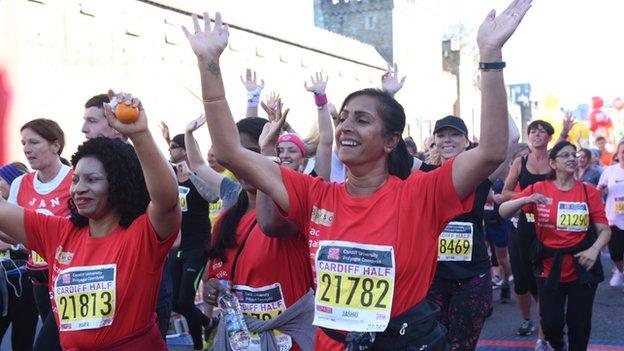 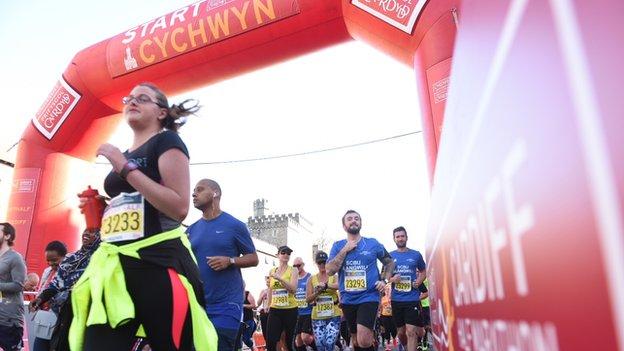 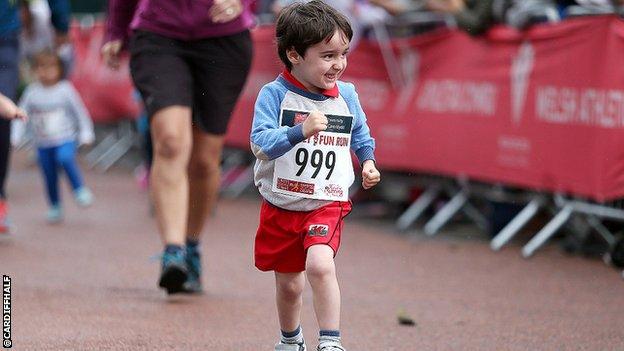 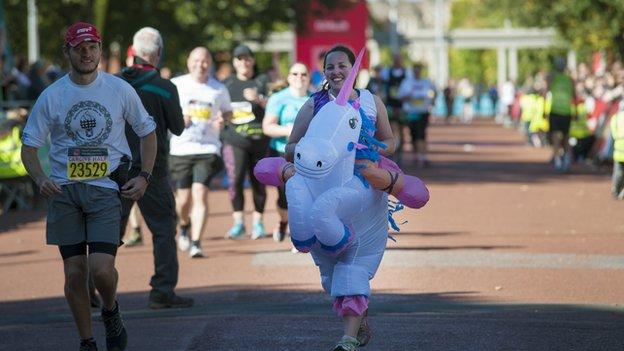 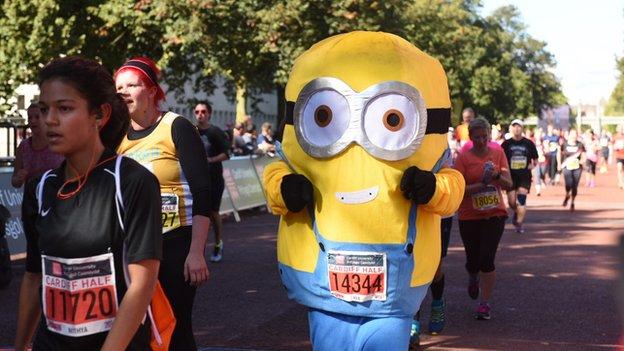 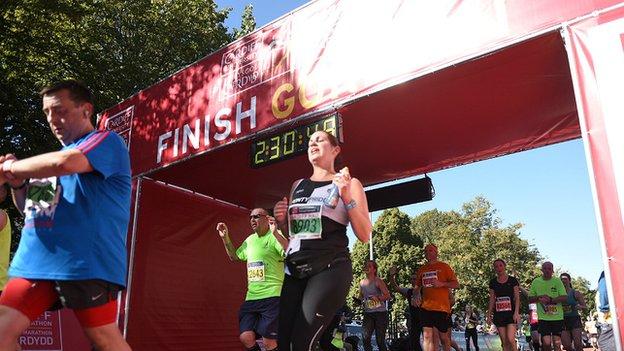 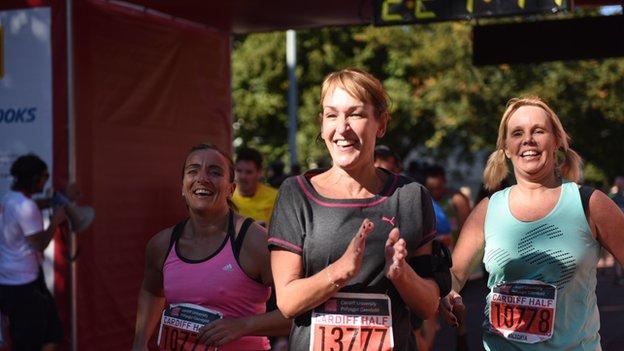 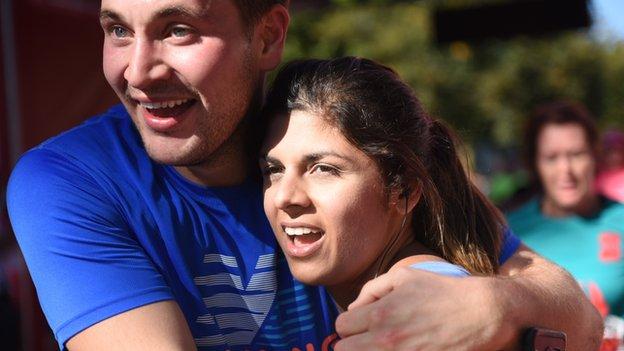 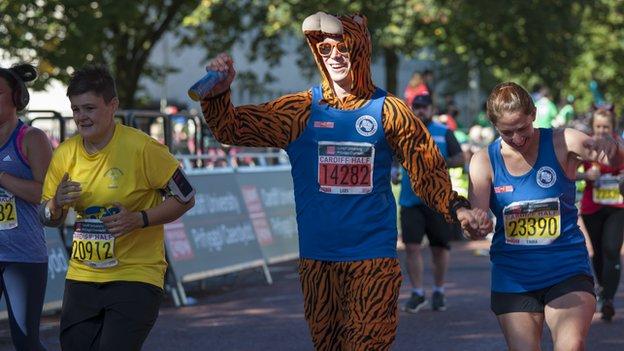