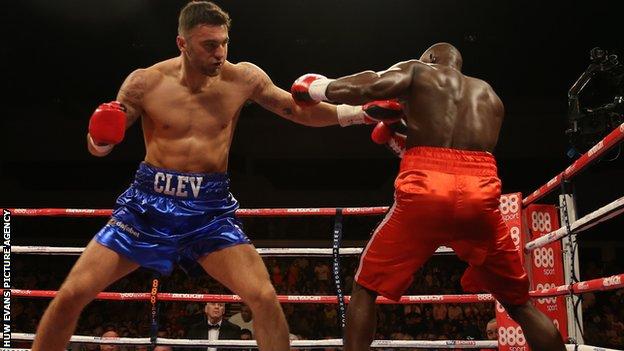 It will be Cleverly's second fight at cruiserweight after his second-round defeat of Shawn Corbin in May.

Argentine Valori, 31, has won 15 of his 19 fights, 11 by knockout, but this is his first fight outside his homeland.

The Cefn Fforest fighter described Valori as a "tough, rugged" boxer but said he wants to win the contest in a good fashion.

Cleverly beat Bellew at the same venue in a light-heavyweight contest in October 2011 and the pair look set for a rematch at cruiserweight later this year, as long as they both progress through their respective fights on the card.

The Welshman said the end of November has "been whispered" as a date for the rematch.

Cleverly made four successful defences of his WBO light-heavyweight crown, including the Bellew fight, before losing to Russian Sergey Kovalev in August 2013 in Cardiff.

Following this defeat, he stepped up a weight class and says he feel a lot better fighting at the 14st 4lb limit.

"I feel stronger and more powerful."