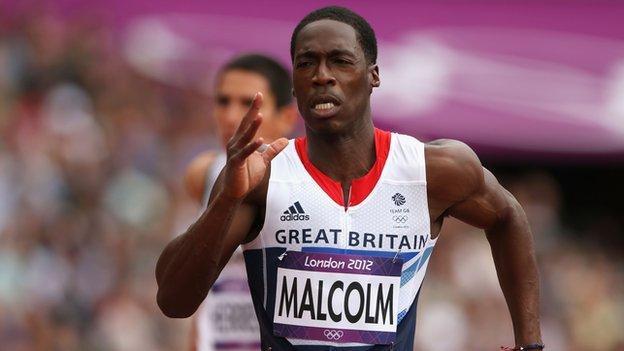 Christian Malcolm failed to make the selection criteria for the Commonwealth Games at the Welsh Athletics Championships in Cardiff.

The 2008 Olympic finalist failed to reach the 200m final after finishing third in the heats in a time of 21.96 seconds.

Welsh selectors are due to meet to discuss the squad on Sunday.

Malcolm has been troubled by an Achilles tendon problem which saw him miss the whole of last season including the World Championship in Moscow.

Cardiff-born Malcolm ran 22.17 seconds in the 200m in the Riga Cup in Latvia last Thursday, his first race since 2012.

He has competed at four previous Commonwealth Games, winning 200m silver at the 1998 Games in Kuala Lumpur and a bronze in the same event in Delhi four years ago.