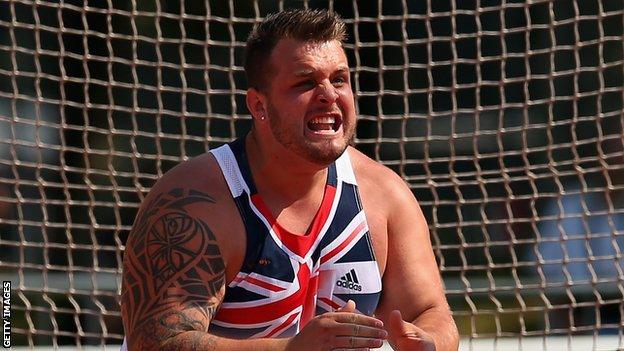 Davies arrived in Italy late on Friday having been involved in the Queen's Baton Relay earlier in the week.

"It's been a long day for me, but I still managed to pull out a world record," he said

"I'm very happy with that. It's nice to know that even with the fatigue, there's a lot more in the bag.

"I'm looking forward to beating 50m this year. I know I can do it. I've done it in training. It's just delivering when it matters."