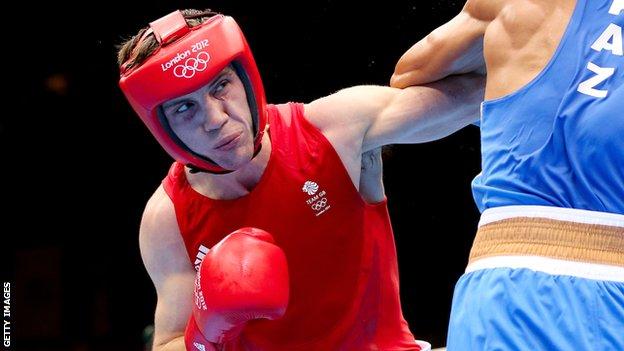 Wales have named an initial 10-strong boxing squad for the 2014 Commonwealth Games in Glasgow.

But 10-time Welsh super-heavyweight champion Kevin Evans is left out.

Selecting a team of 11 has been challenging... competition for places has been tough

Nations are allowed to name a maximum of 11 boxers and Wales have opted not to nominate Evans in the 91+kg division.

The 38-year-old is denied the chance to represent his country in a fifth Commonwealth Games - having won a silver and two bronzes at previous tournaments.

Wales will also select a boxer to compete in the 81kg category and will put forward their nomination at the beginning of June.

Splott fighter Nathan Thorley beat Sharif Mohamed of Prizefighter in the 81kg final at the Welsh Elite Boxing Championships in March, and the likelihood is that one of those two will go to Glasgow.

Welsh Boxing Performance Director James Thomas said: "We're lucky enough in Wales to have a fantastic squad of boxers and selecting a team of 11 has been challenging.

"Competition for places has been tough and it's testament to the quality and ability of the 10 in the team that they have been selected to represent Wales in Glasgow.

"With the combination of experience and enthusiasm in the squad I'm confident that Glasgow 2014 will be a great Games for us."