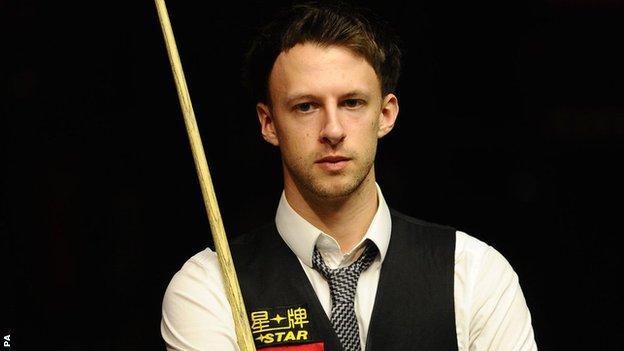 Judd Trump made two centuries on his way to beating Kyren Wilson 4-2 in the first round of the Welsh Open.

The 2011 UK Championship winner claimed the opening frame with a 100 break but Wilson hit back to win the next two.

The Northampton potter missed a tough pink on 50 in the next and Trump stole the frame with a superb 61 before making a 131 break to make it 3-2.

The sixth frame went Trump's way thanks to a 67 and he will play Scotland's Jamie Burnett in the next round.

"He played well to go 2-1 ahead but then he missed a tricky ball and I didn't really miss much after that," Trump said.

"I was looking over at some of the other tables and some of the players could hardly hold a cue, so I was unlucky to draw Kyren. He will definitely get up the rankings this season.

"He's probably the toughest player I could have drawn in this round based on his current form. He didn't do a lot wrong and I played 90-95% to the best of my ability."

Burnett, Trump's next opponent in Newport, beat Thailand's Ratchayothin Yotharuck 4-2 with a top run of 126.

Hong Kong's Marco Fu also went through to the last 64 after coming from behind to beat England's Chris Norbury 4-2.

Fu will next meet Kurt Maflin after the Norwegian beat Alex Davies 4-1, while Barry Hawkins thrashed Fraser Patrick 4-0 with runs of 51, 56, 58 and 83 to reach the next round.