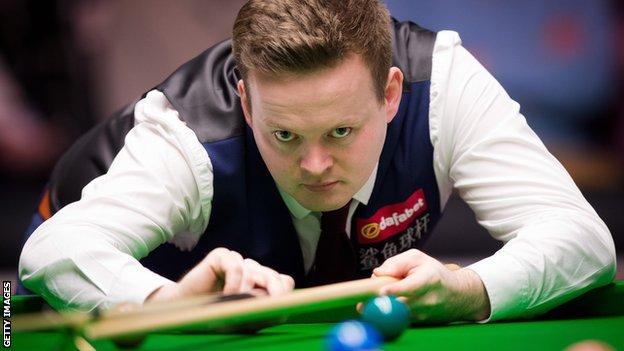 Shaun Murphy produced a 142 total clearance on his way to a 4-0 victory over David Morris in the first round of the Welsh Open.

Murphy produced the highest break of the tournament so far, and also racked up a break of 81, as he outclassed his opponent, who managed just 40 points in the match.

Robertson was unable to add to his 86 centuries this season, though, having to make do with runs of 78, 83 and 84.

Mark Davis, the world number 13, survived a fightback from 17-year-old Alexander Ursenbacher, squandering a 3-0 lead before finally getting over the line 4-3.

Graeme Dott made breaks of 77, 98, 54 and 54 in his 4-0 success over Lee Page and Stuart Bingham was also a 4-0 winner, sweeping aside Daniel Wells, while Joe Perry had to battle to overcome Allan Taylor 4-3.