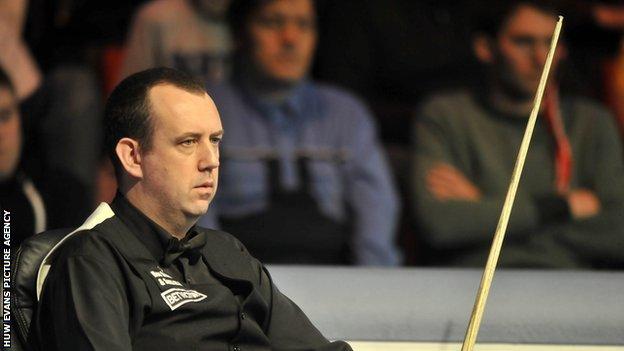 There will be no Welsh players in the last 16 of the UK Snooker Championship in York following defeats for Mark Williams and Matthew Stevens in the third round.

Meanwhile the former two-time champion Williams was edged out 6-5 by Ricky Walden, who took the deciding frame with a century break.

"I was just shocking all the way through really," said Williams.

"It was probably some of the worst stuff I've played probably in 20 years as a professional."

Williams, who was runner up three years ago will now have to qualify, along with Stevens, to reach the latter stages of next month's Masters at Alexandra Palace.

"I then went 5-3 down. The balls I was missing, I was laughing to myself in my chair.

Stevens said he had felt confident before his third round tie with Milkins despite finding himself 2-0 down.

"Rob put me under a lot of pressure early on and I lost a big third frame," said Stevens.

"It's one of those games that got away from me early on and I couldn't recover.

"I've got a couple of qualifying matches now in a week or so's time.

"I'll put a bit of work in before then and have a nice Christmas."