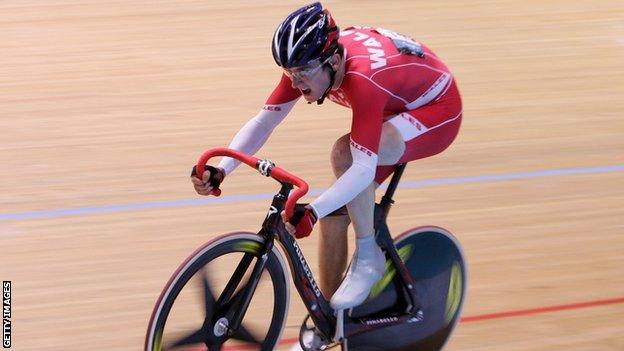 Geraint Thomas says he will definitely be available to represent Wales at the 2014 Commonwealth Games in Glasgow.

The double Olympic gold medallist in track cycling is currently preparing for the Tour de France and indicated his focus was now on road racing.

The 27-year-old hopes to compete in the road race and time trial in Glasgow.

"I'll definitely be there. I'm not too sure on where the events fall and it's quite close to the end of the Tour again," Thomas told BBC Wales Sport.

"But I'll definitely go there and ride the road race and the time trial.

"It's been a bit too long now that I haven't worn that Welsh jersey, so I'm really looking forward to it."

Thomas admits that England and Australia will be two of the favourites to take the cycling medals in Glasgow, but believes that the Welsh team has enough strength in depth to mount a serious challenge.

Luke Rowe and Owain Doull have begun to establish themselves as real talents, while the likes of Sam Harrison and Jon Mould have risen impressively through the age-group ranks.

"It's exciting times and we'll definitely have a strong team.

"There'll be the Aussies and the English, which will be strong as well, but I think we can definitely play off that and I don't see why we can't go there with some real good ambitions of winning medals."

This year's Tour de France is scheduled to finish on 21 July. If the 2014 race ends on a similar date, it would give Thomas between 10 and 13 days days to recover from the gruelling 21-stage event before lining up in Glasgow.