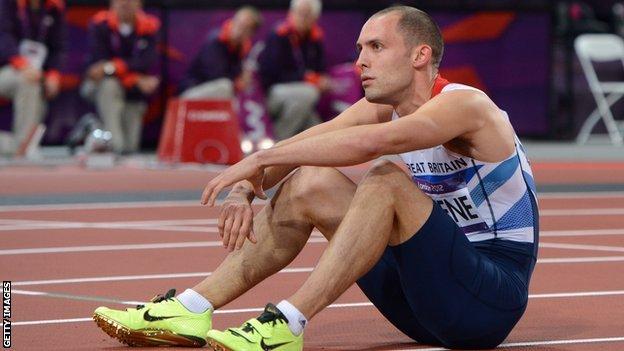 Welsh athletes Dai Greene, Rhys Williams and Brett Morse are poised for the European Team Championships in Gateshead this weekend.

Morse is in the discus while Williams is among five 4x400m relay options.

GB hope home advantage can spur them to a first title since 2008 the men's team's victory in 2008 coming in its previous guise of the Europa Cup.

Greene is looking to bounce back from a disappointing 2012 London Olympics, where he finished fourth in the men's 400m hurdles final.

"I have turned a corner in training and my times are coming down, which is a positive sign, and I feel fully fit," the 27-year-old told BBC Sport.

"I always like to think I can better the British record [Kriss Akabusi's 47.82 seconds]. I've got a better base this year and hopefully can get my times into low 48s, high 47s.

"But my job this weekend is to get full points and top the rankings. I should win my race and it's about getting full points for the team - you don't get any extra points for finishing further in front."