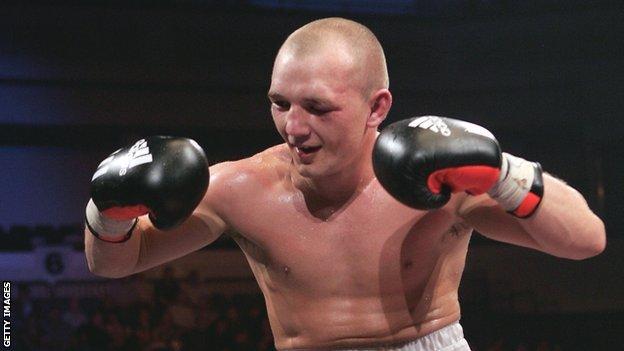 Gavin Rees says has reinforced his desire to regain a world title and has targeted Ricky Burns.

"I'm back headlining a big show against a good contender in Anthony Crolla," said Welshman Rees, 33.

"I'm not looking past Anthony but I want another world title shot. I'm sure that's what he's looking for as well."

Rees gets his opportunity to headline the show at the USN Bolton Arena after because of a hand injury sustained in training.

I've had Ricky's trainer Billy Nelson in our corner a few times and I've sparred with Ricky, so I know him well

The televised promotion will help Rees advance his bid for a domestic showdown with stable-mate Burns.

The Scotsman holds the WBO belt and has already defended it in an all-British clash with Kevin Mitchell, while he was involved in a thriller with the previously unbeaten Jose Gonzalez last May.

Rees says he would relish a shot at Burns, a man he knows well, or perhaps Cuba's WBA champion Richard Abril or Miguel Vazquez, the IBF title holder.

"People are linking me to a fight with Ricky Burns because he's a world champion and I am hunting a world title shot, so it's logical," said Rees.

"Who wouldn't want to fight a world champion? It'd be another great night with two Brits going at it for a world title.

"I've had Ricky's trainer Billy Nelson in our corner a few times and I've sparred with Ricky, so I know him well and he's a nice lad.

"But he's got the belt so he's a natural fight to look for - but so is a fight with Richard Abril or Miguel Vazquez as they have belts too."