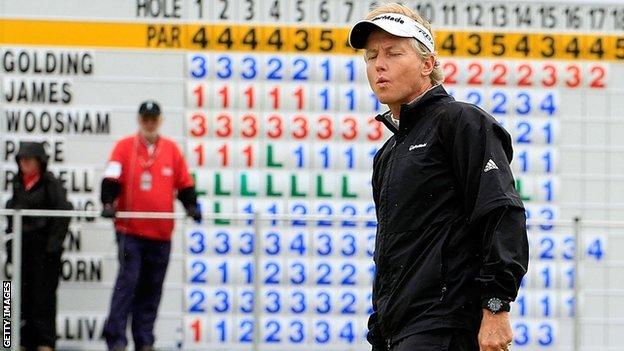 Philip Golding hit a final-round 66 to win the Wales Seniors Open in Royal Porthcawl by two shots on Sunday.

The Englishman finished on two under par, with compatriot David Russell two shots back in second.

Home favourite Ian Woosnam had led the first two days but a final round 75 saw the Welshman slip to one over par alongside Barry Lane and Andy Oldcorn.

"It's been a long, tiring week but the golf course has held up well, Royal Porthcawl was wonderful," Golding said.

"Every day played completely differently but it's obviously a delight to win."

Woosnam was rueful after failing in his bid to become the first home player to win the event.

"I just couldn't control the swing today, had too many bad shots and just wasn't playing good enough to recover," said the 1991 US Masters winner.

"I just tightened up on the swing and when you've been working really hard for three months to get my swing into shape and you get into wind like yesterday and today, it's just not good for it."