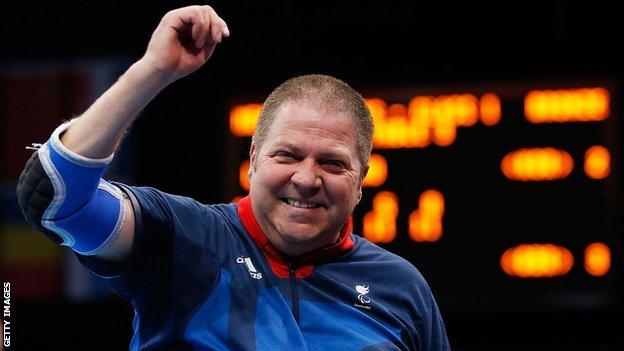 Welshman Paul Davies has won gold for the Great Britain Para Table Tennis team in the men's class one team event in the Slovakian Open.

With his GB playing partner Rob Davies not competing in Slovakia, Paul Davies, 46, from North Cornelly, was paired with Silvio Keller from Switzerland.

Davies had lost the singles final to Italy's Andrea Borgato but got revenge.

He beat the Italian number one 3-2 before combining with Keller in the doubles to clinch the match 3-0.

"In the singles final against Borgato I struggled with one of his serves," said Davies, who claimed a Paralympics singles bronze medal at London 2012.

"But I went away and analysed the match and I knew that if I could have another crack at him it would be a different result.

"Things didn't go according to plan in Slovenia but it's great to finish on a high here and I'm very happy."