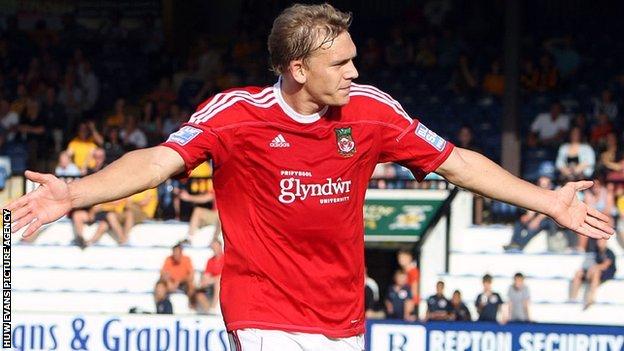 Top scorer Danny Wright is one of four Wrexham four players set to return for their match with Grimsby on Friday.

But Dragons boss Andy Morrell will be without Robert Ogleby, who is suffering the after-effects of concussion.

"A few have come out of the treatment room this week, which is good for festive spirit," said Morrell.

Wrexham and Grimsby will overtake Newport at the top of the Blue Square Bet Conference if they win at Blundell Park on Friday.

Morrell is confident going into the game off the back of wins over Nuneaton in the league and Solihull Moors in the FA Trophy ahead of the busiest period of the season.

"It can just pass you by a little bit," he said.

"You can come out in the middle of January, which is only 20 days away and six or seven games have gone past, so it's important to pick up points as you go along.

"If you come out the back of it okay then you're going to be in with a shout at the end of the season.

"We've just got to be a bit more solid, but I feel we've got goals in us every game we play, if we can stop them at one end then we've got every chance."