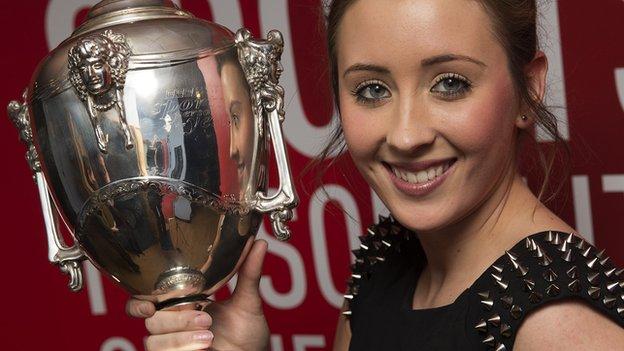 Taekwondo star Jade Jones has been named as the BBC Cymru Wales Sports Personality of the Year 2012.

Jones battled through to win gold at the London 2012 Olympic Games, beating Yuzhuo Hou 6-4 to take the women's -57kg title.

"There were so many great people I was up against and the fact that the public got to vote ... it's such a great honour that people recognised what I have done."

Her win was Great Britain's first Olympic gold in the sport.

The victory was also a personal triumph for Jones, who avenged her defeat to the Chinese fighter in the 2011 World Championships final.

Jones was introduced to taekwondo by her grandfather, Martin Foulkes, when she was eight and he continued to support the developing youngster through training commitments and tournaments.

Newport Gwent Dragons blind-side flanker Lydiate was named the Six Nations player of the tournament for his performances during the campaign as Wales claimed the Grand Slam.

Thomas became one of only four Welshman to win multiple Olympic gold medals when Great Britain's team pursuit quartet defended their Olympic track title at London 2012, smashing the world record on the way.

It capped a great year for the Welshman and his team-mates Edward Clancy, Steven Burke and Peter Kennaugh as the quartet also won that year's World Championships in Melbourne, Australia.

The Welsh Sports Personality of the Year 2012 ceremony was held at the Millennium Stadium in Cardiff on Monday evening and celebrated the past year in Welsh sport.

Other awards presented included the Team of the Year, which was won by the Wales rugby union team after their Grand Slam triumph, their third Six Nations clean sweep in eight years. 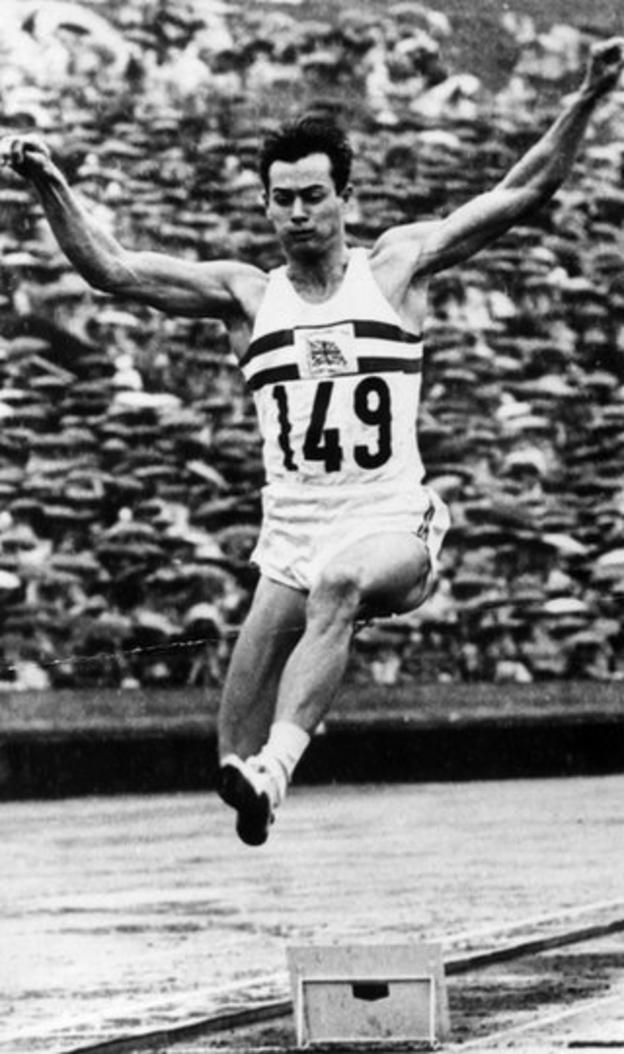 The 70-year-old took the Olympic title at the 1964 Tokyo Games, making the best of the wet and windy conditions to beat world record holder and reigning champion Ralph Boston with a jump of 8.07 metres.

Lloyd competed at London 2012 in the 200m freestyle, narrowly missing out on a place in the semi-finals, and also as part of the 4x200m relay team that finished sixth in the final.

The 19-year-old broke David Davies' Welsh records in both the 200m and 400m freestyle during the short-course World Cup event in Tokyo last November.

Barker claimed the Junior Time Trial World Championship on the road in New Zealand and the Junior European Individual Pursuit and Team Pursuit titles on the track in Portugal during 2012.

The 18-year-old also won Junior Time Trial gold at the World Road Championships in the Netherlands in September.

Barker ended the year on a high after being selected to ride with Olympic stars Dani King and Laura Trott in the team pursuit as Great Britain triumphed at the World Cup event in Glasgow.

Another annual award is the Wales which was decided by a separate panel and this year goes to a long-term volunteer at Swansea Rifle Club.