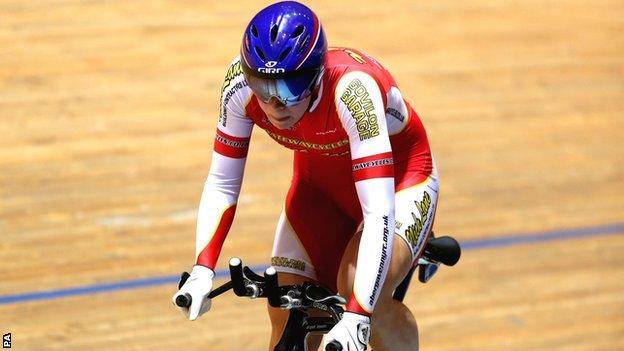 Becky James secured her second title of the week at the National Track Championship, retaining the women's sprint.

The 20-year-old from Abergavenny won both final races against Victoria Williamson, extending her winning margin in the second.

Mark Colbourne also won his second title of the week in Manchester with victory in the paracycling Individual Pursuit.

Matt Crampton claimed gold in the men's keirin with a dramatic late run to beat rival Matt Rotherham to the line.

The pair had trailed behind Lewis Oliva heading round the final bend, but Crampton was first to make his move, followed by Rotherham, while veteran Craig MacLean pipped Oliva to third on the line.