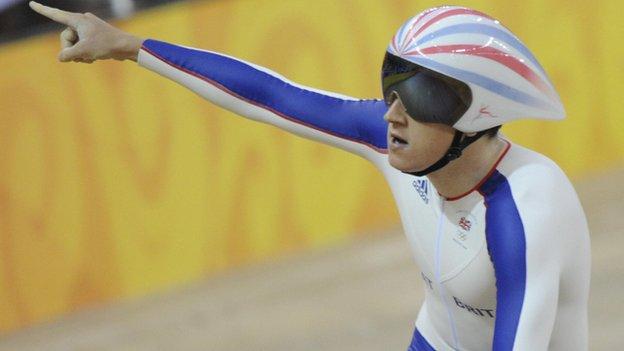 Wales celebrated their best medal haul since 1948 at the 2008 Games as five of 12 Welsh competitors in Beijing won medals, including three golds.

Wales will send a record 29 athletes, including three defending champions and four world champions, to London.

"It's a big ask to better 2008 as five is a tremendous haul," said Sport Wales chair Professor Laura McAllister.

"In our elite strategy we're aiming to bring home between six and 10 medals in two Olympiad between London and Rio.

"It is no secret that we have set unashamedly ambitious medal targets for London 2012 and Rio 2016. We want to be the leading contributor of GB medals per capita at both Games.

"I'd like to think we'll be well on our way after London to achieving that goal but there is such a fine margin of error in elite sport, anything can go wrong and I hope everything can go right.

"I'm optimistic but let's not put any more pressure on them.

"Of course we will ultimately be judged on results but the selections are a great testament to where Welsh sport is."

James and Thomas are two of Wales' current four world champions, alongside 400m hurdler Dai Greene and triathlete Helen Jenkins, that hope to contribute to Team GB's target of 48 medals - one more than Beijing - and a top-four medal table finish.

"Not only are we delighted with the sheer number of Welsh competitors breaking through but also with the diversity of the 13 sports represented," added Professor McAllister, who chairs the body responsible for promoting sport at all levels throughout Wales.

"Which shows real strength and depth here in Wales. To my knowledge we have never sent two boxers and five swimmers from Wales to a Games before.

"When you compare the 29 athletes to the 12 we had in Beijing, albeit that 12 brought home five medals, we can be optimistic not only about their likely performance but the state of elite sport in Wales."

Rhythmic gymnast on Wednesday completed Wales' 29-strong contingent at London and the 21-year-old is one of 12 Welsh athletes, like world silver medallist taekwondo fighter Jade Jones, who is aged under 24.

"A lot of these athletes are very young and will be around in Rio in 2016," added professor McAllister.