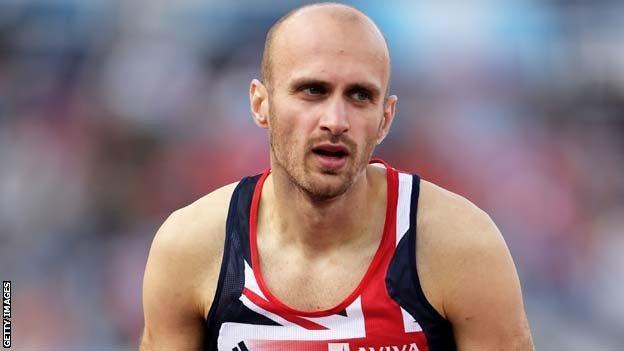 Welshman Gareth Warburton will discover on Friday whether his appeal against omission from Britain's 2012 Olympics squad has been successful.

The 800m runner has achieved the 'A' qualifying standard this season, but failed to do so at the European Championships in Helsinki.

He also missed out on a top-two finish at the UK trials, which would have guaranteed an Olympic place.

The 30-year-old lodged an appeal after he was left out of the athletics team.

Warburton confirmed his intention to appeal against his omission from Britain's Olympic squad on Twitter, saying: "Clearly gutted with the decision, but I WILL be appealing."

Appeals had to be lodged within 24 hours of the team announcement - which took place at 14:30 BST on Tuesday - and were to be heard within 48 hours.

"Like the women's 800m, the men's selection at that event is somewhat controversial in that Gareth Warburton is omitted even though there is a spare place alongside Andrew Osagie and Michael Rimmer. I personally feel very sorry for the Welshman, who achieved the 'A' standard (1:45.60) in style with his 1:44.98 win in Oslo. That would have been enough to get him selected by most countries, but UKA requires two such standards - and Gareth fell just 0.20 short when he tried again, without pacemakers, on a slow track in Helsinki."

After a disappointing finish at the UK trials, Warburton needed to run below one minute 45.60 seconds at the European Championships in Finland.

He agonisingly missed that mark by running 1:45.80 in his heat. He then failed to make the final, finishing last in his semi-final.

Consequently, UK Athletics chose to select Andrew Osagie and Michael Rimmer for the 800m, ignoring the option to give Warburton a discretionary place available.

GB head coach Charles van Commenee said Warburton, who ran 1:44.98 in May, had been unlucky to miss out on selection.

"Yes he miss it by two-tenths of a second," said Van Commenee before Warburton revealed his intention to appeal against his omission.

"Gareth was very close. It's quite a disappointment, but that's sport. The margins are small and sometimes difficult to accept."

Warburton finished sixth in a time of 1:46.85 at a race in Reims, France on Wednesday, 4 July.