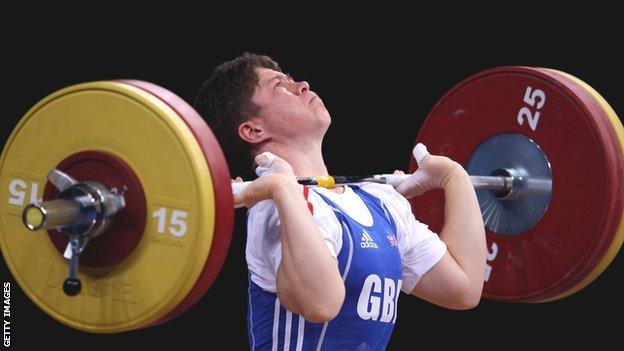 Welsh weightlifter Natasha Perdue has joined compatriot Gareth Evans in lifting the Olympic B qualifying standard at the European Championships.

Earlier in the week, Evans also achieved the B standard in the men's 69kg category.

Evans, who finished 14th in Turkey, hit the B standard for the second time after lifting 276kg earlier this year.

The Holyhead athlete lifted 121kg in the snatch and 150kg in the clean and jerk in Antalya.

The final Welsh lifter to compete is 18-year-old Darius Jokarzadeh, who will hope to qualify in the 105+kg class on Sunday.

The European Championships provide lifters with one of the final chances to hit the qualifying standards for their weight category and strengthen their claims for a place among Team GB in London.

A maximum of three men and two women can be selected for the 2012 Olympics but will only be considered should they hit the specified A or B standard and athletes achieving the A standard awarded preference.