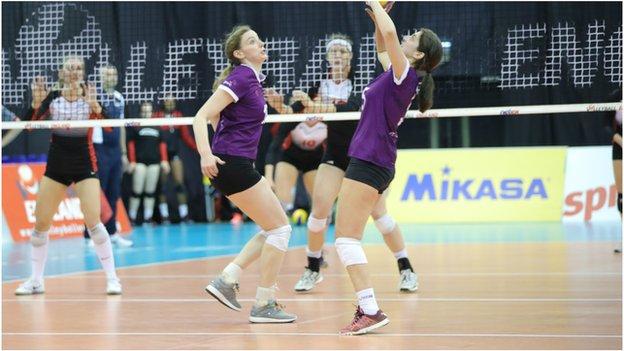 Follow live BBC Sport coverage of volleyball's Super 8s Play-off Finals in Kettering this weekend, as the best teams face off over two legs to be crowned champions of England.

The fixtures are a repeat of the National Cup finals which saw Team Northumbria come out victorious in both the women's and men's games.

On Sunday, the Sitting Volleyball Grand Prix Final will take place in the build-up to the second legs which will decide the destination of the Super 8s trophies.

All times listed are BST.

* Fixtures and event start times are subject to change. The BBC is not responsible for any changes. Also, coverage on BBC Red Button can be subject to late schedule changes, so details may differ from this page

National and regional variations have been included in this list where possible. Please check your local listings for more detailed information.