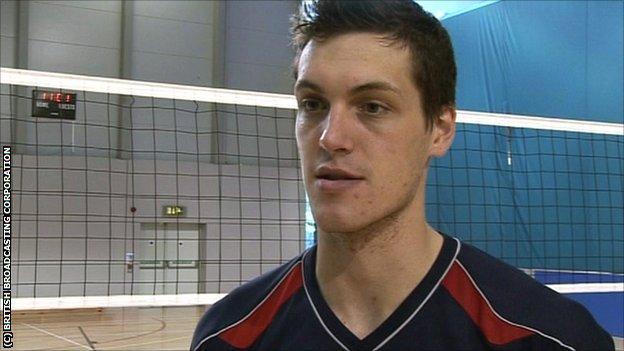 Ben Pipes has been named captain of a 16-strong Great Britain volleyball squad as coach Harry Brokking hones his preparations for London 2012.

The veteran Dutch coach has based his decision on the performance of the 27 British players in winter training.

Jason Haldane, 40, returns to the squad after being left out a year ago while Oli Kimber gets his maiden call-up.

As a result, Pipes, who has 111 caps to his name, and his team-mates were forced to look for professional, paid contracts on the continent.

The squad will return to their Sheffield base next month with British Volleyball set to announce a fixture schedule in preparation for London.