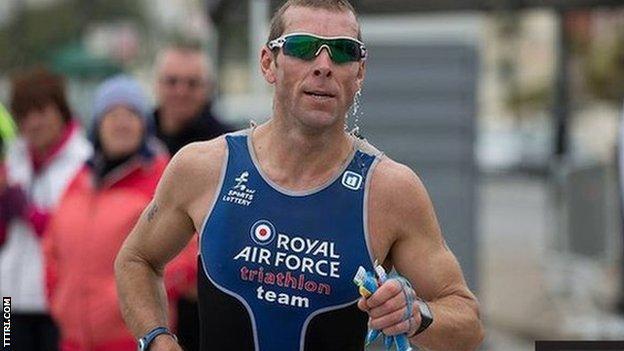 The Isle of Man TT triathlon will return for a second year in 2014, organisers have confirmed.

The event sees athletes run and cycle around the 37.75-mile TT course and this year a middle-distance course will be added to the race programme.

Representing the RAF, he completed the challenge in 10 hours 16 minutes.

"Not only did they face a challenging course, but the conditions on the day made this truly an epic race.

"This is one of the true iconic racing locations and we are pleased to be able to offer athletes the chance to challenge themselves against not only the course, but the island as well.

"Last year our Pioneers came to race and showed just what this course is all about. We hope to welcome many more athletes this year and remind them why they love this sport so much."

Next year's event, which is also available to teams, will be held on the 29 June.