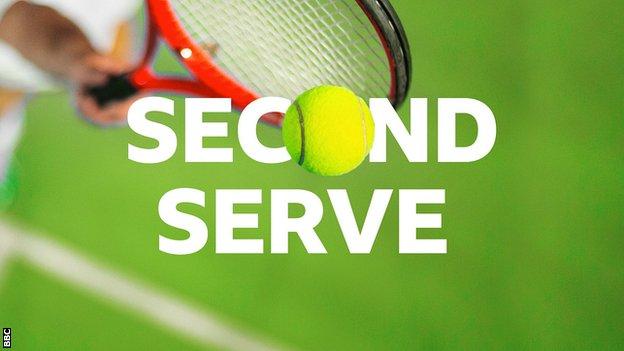 Cameron Norrie ensured British representation in the quarter-finals but a number of big names were dumped out of Wimbledon in the fourth round.

But away from the headline results there are several things you might have missed - both on and off the court.

BBC Sport rounds up an alternative look at some of the moments of the fourth round. 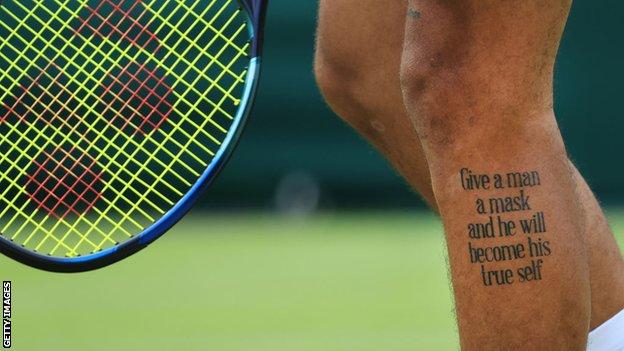 Nick Kyrgios is through to the quarter-finals but the chaos of his second-round win against Stefanos Tsitsipas is still a hot topic of conversation.

The Australian is sporting a new tattoo at Wimbledon this year, the words 'Give a man a mask and he will become his true self' inscribed on his leg, leaving us with the conundrum of which of his personas is the true Kyrgios.

Greece's Tsitsipas, no doubt still hurting from Saturday night and with a wallet a touch lighter after his fine for unsportsmanlike conduct, appeared to poke fun at Kyrgios' ink on social media after his exit from the tournament.

From two players who probably won't be catching up any time soon, to two who plan to "fight for the best tournaments in the world" together.

Jannik Sinner beat Carlos Alcaraz in a scintillating four-set match on Centre Court on Sunday, as they cemented their place as future stars of the sport at just 20 and 19 respectively.

In his post-match media conference, Sinner revealed the pair had shared an ice bath after their third-round wins, but there will be no frostiness between them after their on-court meeting.

"We have a good relationship," said Spanish fifth seed Alcaraz.

"I hope to have a good rivalry with him. We hope to fight for the best tournaments in the world and the best moment in the world together."

We all know the importance of staying hydrated, but this is taking it to the extreme.

Marie Bouzkova's beast of a water bottle has become a bit of a superstition for the Czech, having committed to it now for more than a decade.

"We bought it from a girl in Florida. I used the original one for three years," said Bouzkova who buys a new one every so often.

"In fact, I can't even imagine playing without one now."

The bottle, featuring a sticker saying 'From Prague to Florida...to a court near you', will be with her when she takes on world number two Ons Jabeur in the women's quarter-finals on Tuesday.

It's not her only superstition though. She and her team have strawberries and cream after every Wimbledon win, while she plays the board game of Sequence with her Dad before going on court, among many others.

Oh to be a fly on the wall

Lucky punters had the best ticket on town on Sunday as Wimbledon celebrated 100 years of Centre Court with a parade of champions.

The likes of Roger Federer, Novak Djokovic, Rafael Nadal and Andy Murray were joined by the likes of Venus Williams, Billie Jean King, Rod Laver and Pat Cash on court to mark the centenary.

But before they were brought into the public view, in order of their Wimbledon wins, legends past-and-present gathered behind the scenes of Centre Court.

Imagine being in that room...

The year is 2042. A 27-year-old Stefan Djokovic is on his way to winning ANOTHER Grand Slam title. His coach and father, Novak, watches on proudly from the players' box.

But seriously...how good are these photos of Djokovic Jr. enjoying a hit with his Dad on the practice courts at Wimbledon?

A star in the making, no doubt.

Check out this fan's jacket, made out of Wimbledon towels. Get that on sale in the shop.