Does your brain hurt trying to work out the permutations for the ATP Finals?

Roger Federer beat Dominic Thiem on Tuesday to keep alive his hopes of making it through to the semi-finals at the 02 Arena in London.

But whether or not he will qualify remains complicated.

Here's how people reacted on social media after the ATP tweeted this graphic: 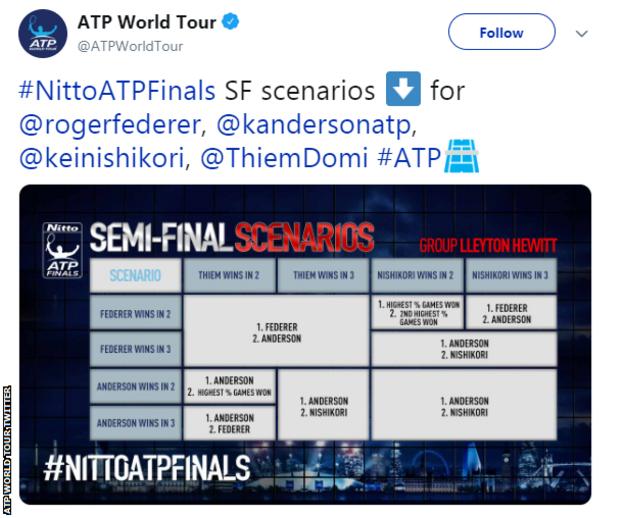 Some of you just replied with emojis of confused faces.

But many of you responded with funny gifs including this one from Abel Morton.

And this one from Roger Buchana. 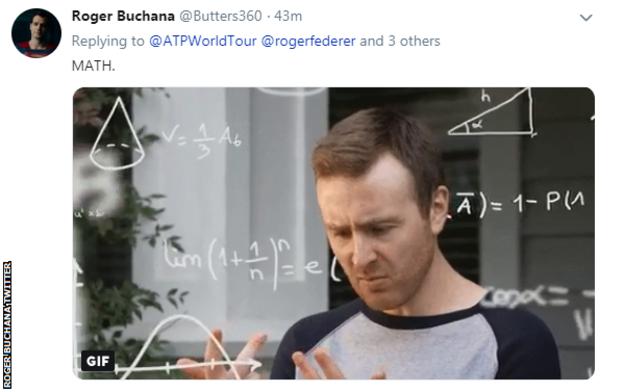 Though most of you just said what we were all thinking...

Optimist: I have a headache!

Adeyanju Michael: This is Maths :(

So, is there an easy way to understand it?

Here's our attempt at a 'simple' breakdown of how the top two are decided in each of the two four-player groups:

So with that in mind, Federer will go through if any of these situations happen:

This is how the group currently stands:

If you're still not sure what's going on, the best thing to do is to follow our guide on the group standings, results and fixtures and just trust us when we say Federer is through or not.