It was one of the big talking points at this year's Wimbledon. Were too many women's matches played on the outer courts to make way for men on Centre Court and Court One?

But the All England Club, which runs Wimbledon, say it makes "every effort" to get it right.

Guilty? Not guilty? We've had a look at the numbers.

Looking across the 2017 tournament, more men's matches were played on Centre Court and Court One.

The differences are not huge, but here they are.

Things change somewhat when you look at the top players.

The higher the seed, the more chance of playing on the best courts, right? Well, here's what the numbers say about the top 10 this year. 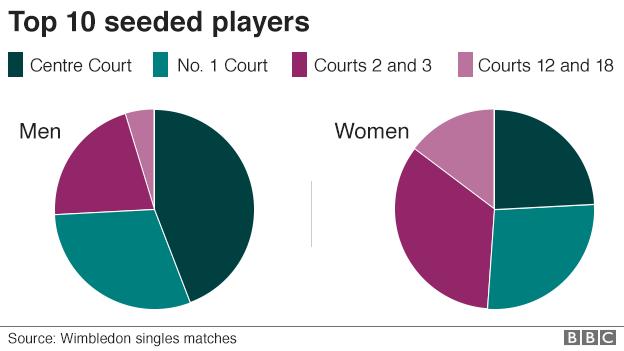 While three-quarters of top 10 seeded men played on Centre Court or Court One this year, just half of top-seeded women did.

If we look at the top five seeded players, there's an even sharper contrast. 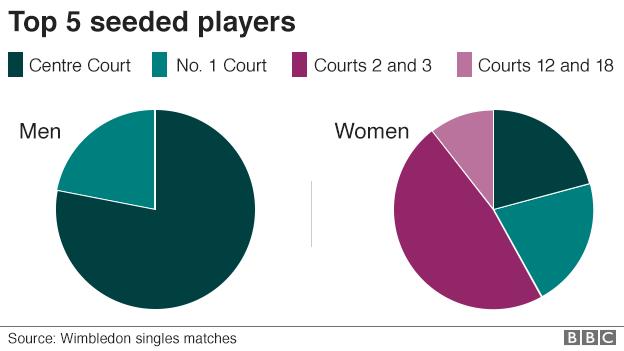 The top five seeded women played on court two and court three more times than on Centre Court this year.

For men, not a single match was held on court two or court three, or the outside courts.

What do the All England Club say?

The All England Club says getting the schedule right is tough, but "undue preference must not be shown for men's matches".

It also says "the interests of players, spectators, national and international TV, radio and online audiences, and the press, must come first".

And it points to other factors it's juggling, including security and getting the correct balance of British players and "crowd pleasers" who aren't high in the rankings but attract big interest.

But this is an argument that could rumble on, with the scrutiny the organisers at Wimbledon are under only going up.