The BBC will carry more live action as it celebrates 90 years of broadcasting Wimbledon at this year's Championships.

Wimbledon qualifying matches will be broadcast for the first time, before the tournament starts at the All England Club on 3 July.

Sue Barker leads the TV coverage across BBC One and BBC Two, while Boris Becker returns to the BBC team.

BBC Radio 5 live has 100 hours of action, while the BBC Sport website and app will host 15 live HD video streams.

Coverage of the Championships started on radio in 1927, and a decade later TV viewers were able to switch on and catch the action.

"We are very proud to be celebrating such a long-standing broadcasting relationship with the All England Tennis Club," said Barbara Slater, director of BBC Sport.

"Over the 90 years we have been able to capture so many of Wimbledon's greatest moments, from those early days of radio commentary to the unprecedented access to the event that we have available now.

"We are delighted this year to be able to offer tennis fans even more live action by adding qualifying matches at Roehampton to our already extensive offering."

The Roehampton event runs from 26-29 June and will be broadcast live on the BBC Sport website and app. 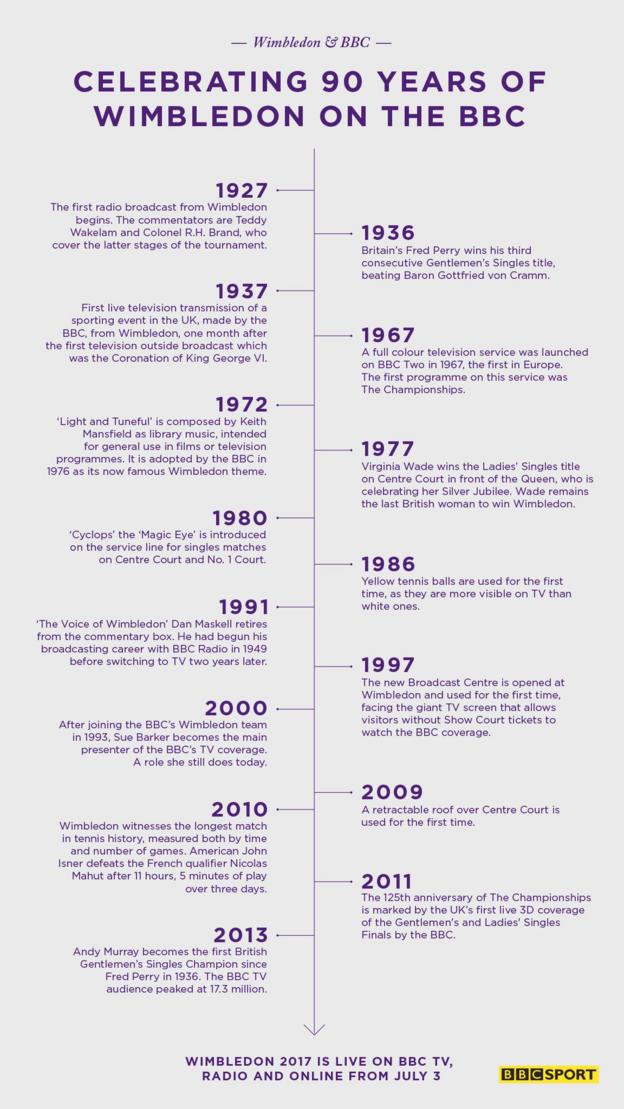