With the year-end top ranking on the line, Murray won the much-anticipated final 6-3 6-4 at London's O2 Arena.

"I'm very happy to win and to be world number one is very special," said the Scot. "It's very special playing against Novak in a match like this."

The victory also ends Djokovic's four-year run of success at the tournament and the Serb's bid to equal Roger Federer's record of six titles.

Murray, who had won 10 of the pair's previous 34 encounters, added: "We've played Grand Slam finals and in the Olympics before, but I am very happy to win.

"It is something I never expected," he said, his win capping off a weekend that also saw brother Jamie Murray and partner Bruno Soares crowned world number one doubles pair.

A capacity crowd of 17,000 packed into the O2 Arena to witness a match that felt more like a heavyweight championship boxing bout than a tennis match, and it was Murray who rose to the occasion.

"Andy is definitely number one in the world," said Djokovic. "He deserved to win. He is the best player.

"In the decisive moments, I wasn't able to come back. I played better late in the match but it wasn't enough."

How Murray made number one spot his own

Murray went into the match having played over three hours more than Djokovic during the course of the week, but in the end it was his big-match sharpness that prevailed.

He played with far greater purpose than Djokovic, who made 30 unforced errors in an unusually erratic performance.

Murray's experience of winning matches day in, day out through the second half of the year shone through, in contrast to the more tentative Djokovic we have seen since he won the French Open.

The Briton did open the match with a double fault, and another three points later, but he pressed for the break at 3-3 after Djokovic sent an easy smash wildly long and wide.

The breakthrough game two games later when Murray fired a forehand into the corner for a 5-3 lead, and the set followed after 46 minutes.

Murray simply grew stronger and Djokovic more error-prone as the second set unfolded, two breaks giving him a seemingly impregnable 4-1 lead, before the champion fought back.

Djokovic recovered one break and raced through a service game to cut the deficit to 4-3, but Murray steadied the ship with a solid service hold to move within a game of victory.

When he beat Djokovic to win Wimbledon in 2013, Murray had to come through a tortuous 14-minute final game, and there was more tension this time.

The crowd were gripped as two match points passed before Djokovic finally succumbed on the third to give up his title - and the mantle of best player in the world. 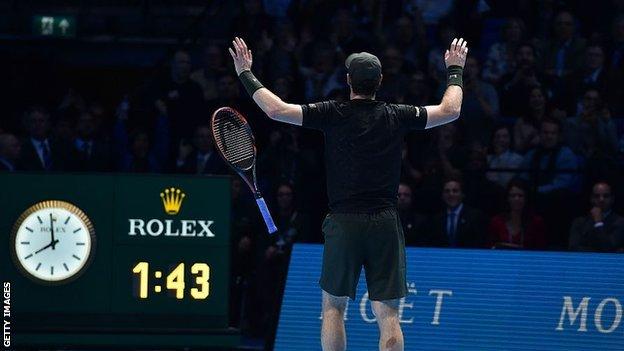 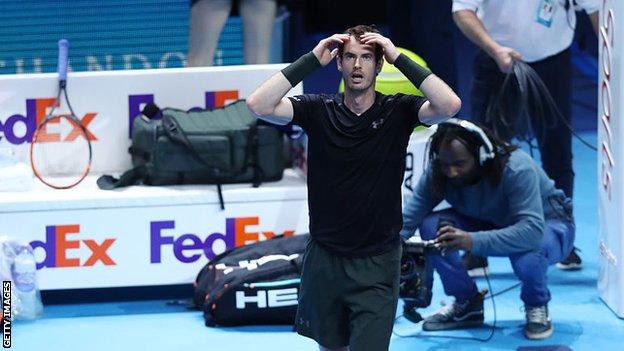 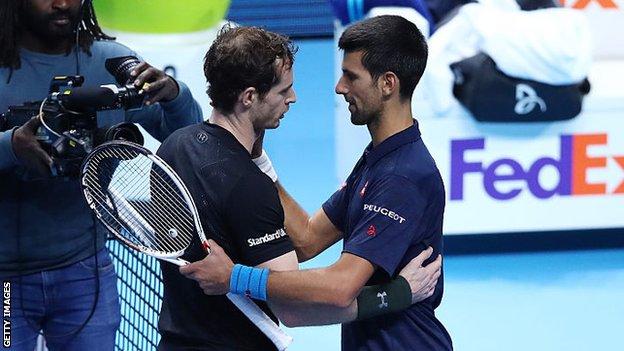 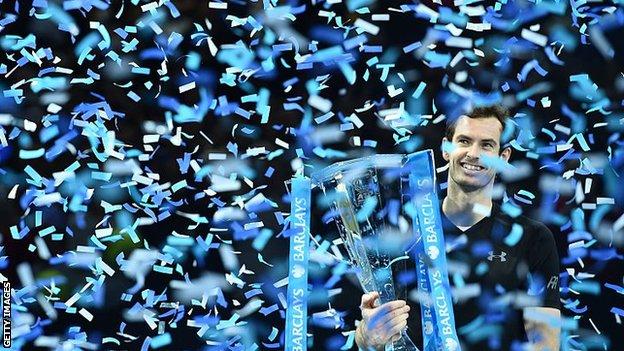 This achievement, to put in perspective, is bigger than any grand slam. It takes an awful lot of work.

I didn't think it was possible today. Murray only had 24 hours to recover after a really taxing match. The first five games were important for Murray to establish himself and when he got the break, he took it. That is when the belief round here grew.

You knew Djokovic wouldn't go away without a fight but Murray found a way to get over the line.

How the world reacted