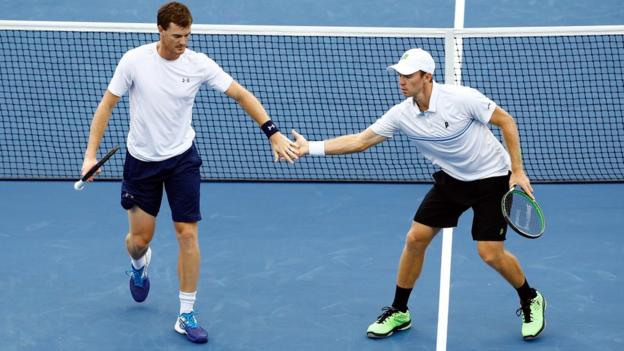 Britain's Jamie Murray has made it into the US Open doubles final with his partner John Peers.

The duo have reached their second Grand Slam final in a row after making it to the Wimbledon finals in July.

"My nerves are shot but we're so happy to win and get to the final," said Murray.

"We played a very high level match and the other guys were serving really well but we managed to turn it around."

They will now face Pierre-Hugues Herbert and Nicolas Mahut from France in the final at Flushing Meadows in New York.

Jamie's younger brother Andy sent a message of congratulations to the pair on social media.

He wrote on Twitter, "So proud of my big brother @jamie-murray and his partner @johnwpeers! Us open final... Great job guys.. Amazing win."