After record-breaking temperatures brought us Wilting Wednesday, Thursday is set to see the first drops of rain fall on Wimbledon 2015.

Scattered showers may disrupt the start of play, but once the clouds clear the sun should shine on what promises to be a fascinating day of tennis.

Some of the great showmen return to the court and there is something for everyone - from Roger Federer's brilliance to Rafael Nadal's fearsome competitiveness and the flamboyance of Gael Monfils.

Throw in the returns of three Britons - Andy Murray, Aljaz Bedene and James Ward - and there is plenty to keep the fans happy.

In the women's singles, defending champion Petra Kvitova plays again after a first-round performance that proved suspect Swingball skills are no indication of form.

What to look out for on day four

Aside from 2015's second dose of Murray Mania, there is much to savour at SW19.

Monfils was at his enigmatic best in his first-round win over Pablo Carreno Busta, serving up an astonishing range of shots including an outrageous 'karate kick' winner.

His opponent on Thursday, Adrian Mannarino, tweeted the plan he was formulating to try and combat his maverick compatriot: 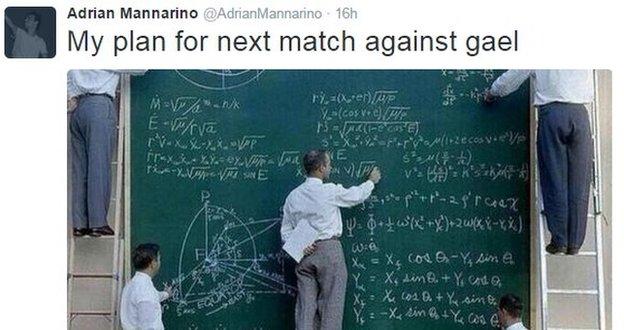 Over on Centre Court, another great entertainer is in action as Dustin Brown meets two-time champion Nadal.

The dreadlocked German caused a stir at SW19 two years ago when he beat Lleyton Hewitt, who described him afterwards as "very flashy".

It is no wonder Nadal has labelled the match "dangerous" - Brown won their only previous encounter, on the grass at Halle last year. 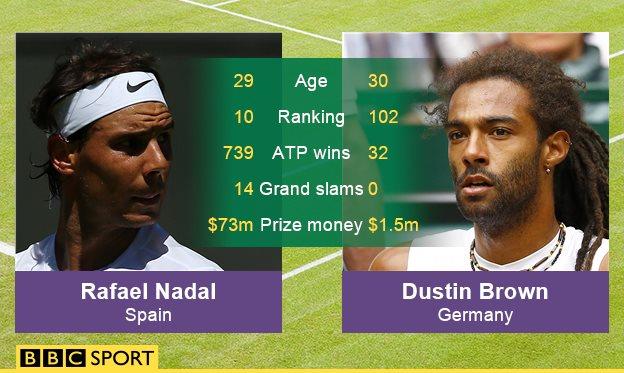 Kvitova, meanwhile, returns after earning £1,305 of prize money every 60 seconds of her 36-minute annihilation of Kiki Bertens.

After the second-fastest completed match at Wimbledon since 2001, Japan's Kurumi Nara is next in Kvitova's firing line.

And what of Federer? Well the Swiss could reduce the American contingent in the men's draw to just one.

Seven began the event - the country's smallest Wimbledon entry since 1947 - and only John Isner and Querrey remain.

Following Heather Watson's heroics, three British men will try to join her in the third round.

A cramp-ridden Murray nearly lost to his second-round opponent Robin Haase when they met at the US Open last year, but eventually prevailed in four sets. 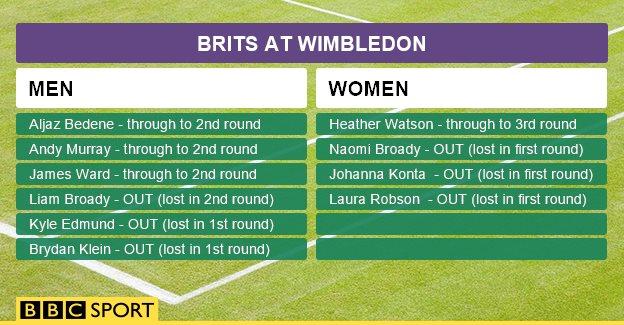 "Just watch Andy Murray get back on his game against Robin Haase. He had a bit of a wobble in his first-round match with Mikhail Kukushkin. Andy knows Haase has given him trouble in the past, but he will come charging out of the blocks to hit the ground running. Another game I am looking forward to is Roger Federer v Sam Querrey. The American made the final at Nottingham and has a big game on grass. I don't think he can win, but he will give Roger a tough workout" 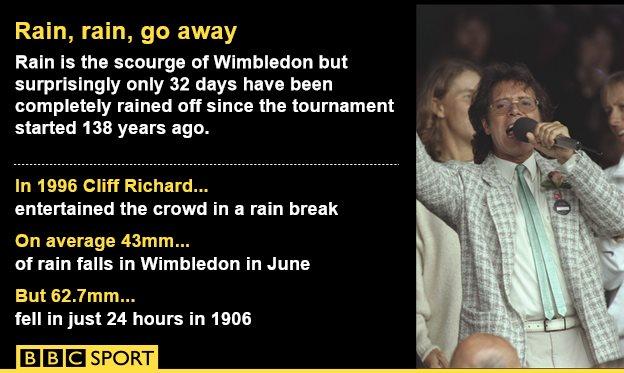 It would not be a British summer, or a Wimbledon fortnight, if boiling temperatures were swiftly followed by rain.

After three days of twiddling their thumbs and topping up their tans, the Wimbledon groundstaff could be in for a busy morning.

The weather will improve later in the day, with much more manageable temperatures for players and fans alike. 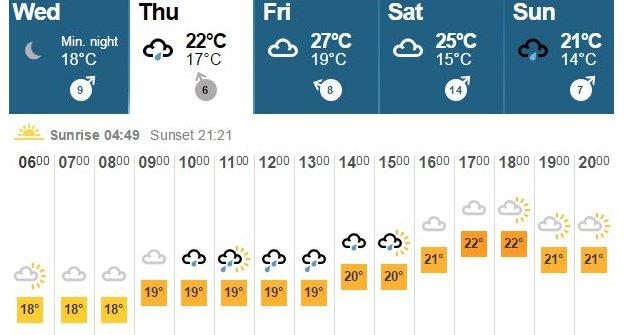