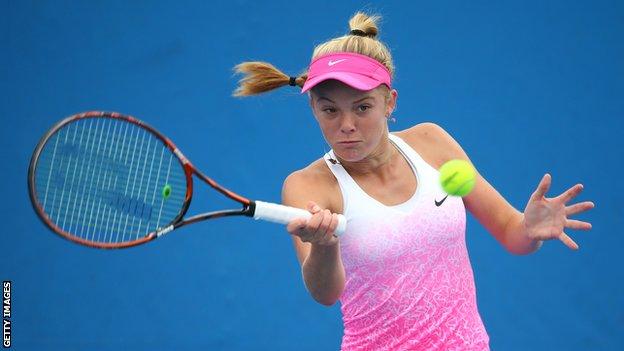 Britain's Katie Swan will make her WTA tour debut at the Aegon Classic in Birmingham which starts on Monday.

The Australian Open girls' runner-up will face former Wimbledon semi-finalist Tsvetana Pironkova in the first round.

Swan, 16, was given a wildcard for the tournament alongside fellow Britons Naomi Broady and Johanna Konta.

British number one Heather Watson is in the draw alongside defending champion Ana Ivanovic and top seed Simona Halep.