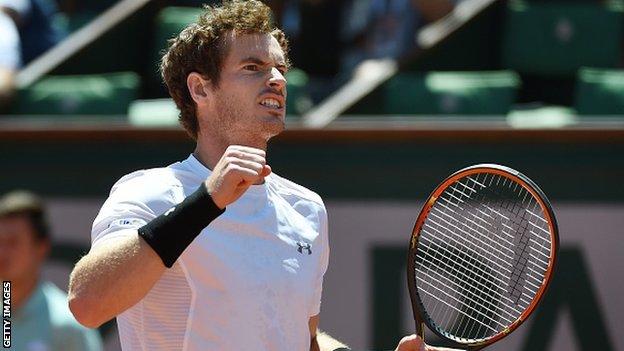 The Scot fought back from two sets down but lost in five-sets to Novak Djokovic in their pulsating semi-final at the French Open.

"My game is back close to where it needs to be, to be winning Slams," said the Scot. "Hopefully I can play much better going into the grass this year."

Djokovic retains the number one spot while Rafael Nadal slips to 10th, his lowest position in a decade.

French Open champion Stan Wawrinka, fresh from his victory over Djokovic in the final at Roland Garros, climbed from ninth to fourth.