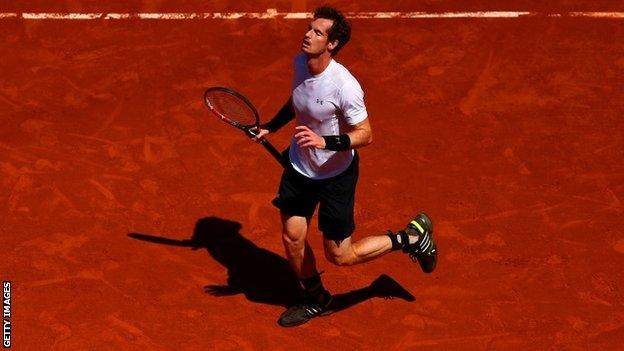 Andy Murray said he feels close to the form that won him two Grand Slam titles after a five-set defeat by Novak Djokovic at the French Open.

Murray last beat the world number one to take the Wimbledon title in 2013.

"My game, I think, is back close to where it needs to be, to be winning Slams," said the Scot.

Murray lost to Grigor Dimitrov in the quarter-finals of Wimbledon last year as he continued to recover his form and fitness following back surgery.

"Physically I'm back there again," he said.

"Obviously now with the grass-court season coming up, hopefully I can get myself an opportunity there and play much better going into the grass this year than I was last year."

Despite beating Djokovic to win both his major titles, at the 2012 US Open and Wimbledon two years ago, Murray has now lost eight matches in a row against the Serb.

Asked if he felt he was narrowing the gap between the pair, Murray added: "I'd suggest it's pretty close after today's and yesterday's match, yeah."

There appeared a real possibility of Murray extending his 15-match winning on clay when he began clawing his way back from two sets down against Djokovic on Friday.

However, play was halted at 3-3 in the fourth set with a storm approaching, and concluded in the sunshine of Saturday afternoon.

Murray would not be drawn on which of them the suspension favoured, saying: "I'm not going into that, because whatever I say, it's not anything that will be acceptable to anybody.

"It was what it was and the match finished the way that it did. I obviously started well when we came back out today, so it didn't hinder me."

The Scot was pumped up on Saturday's resumption, grabbing the first break of serve after five games on his way to forcing a deciding set.

"It's not like you're coming out at 0-0 in the beginning of the semis of a Slam," he said.

"It was 3-3, a crucial period of the match. I could have been off the court in 10 minutes if I didn't start quickly, so I tried to start as well as possible and make him work very hard at the beginning.

"I felt like I did that, but that was why I was getting pumped up."

Murray fell behind at the start of the fifth set after a loose game and he was unable to recover again as Djokovic rediscovered his range.

"In the fifth set he was hitting the ball very close to the line, so I ended up doing a lot of defending and putting up like six or seven lobs," added Murray. 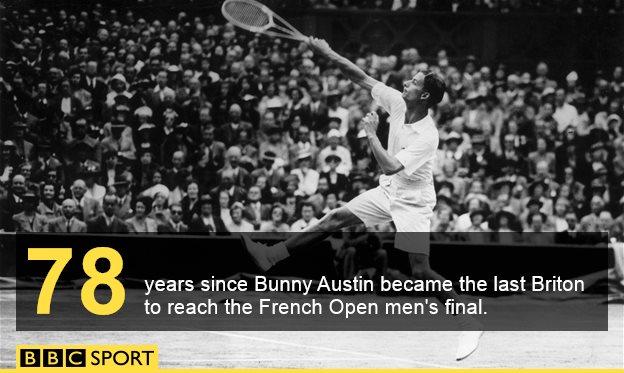