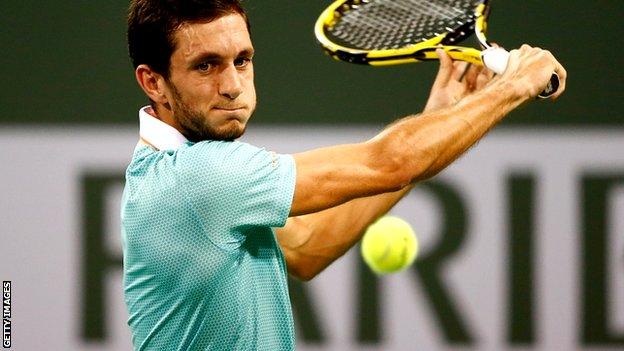 British number three James Ward could not build on his run through qualifying as he lost to Turkey's Marsel Ilhan in the first round of the Barcelona Open.

"I'm really happy to win against one of the best players on tour," said Rublev.

"It's amazing, I don't even know what to say - I'm just so happy. I tried not to think and just keep showing my best every point. I had nothing to lose."