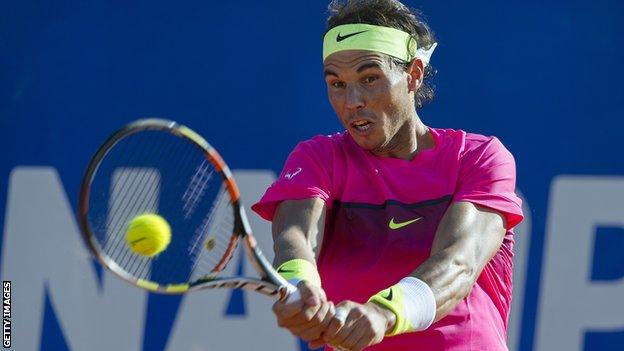 Nadal was 6-1 down in the first set tie-break before winning eight of the next nine points to claim the opener.

He went on to ease to victory and will be aiming for his 65th career title and record-equalling 46th on clay when he plays Argentine Monaco on Sunday.

Nadal is aiming to rediscover his best form after he was severely hampered in the second half of 2014 by a wrist injury and appendicitis.

The 28-year-old was knocked out of the Australian Open in the season's first Grand Slam by Tomas Berdych at the quarter-final stage.