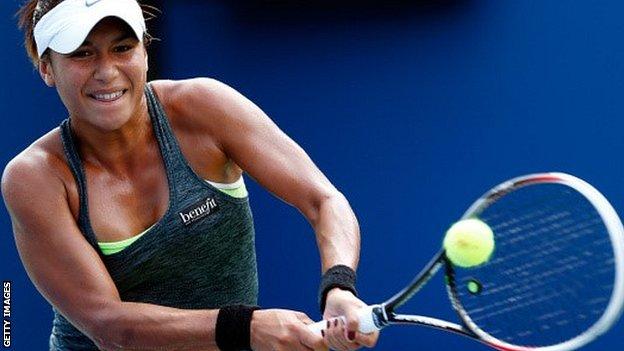 Britain's Heather Watson has been knocked out of the first round of the Korea Open by qualifier Nicole Gibbs.

The British number one, ranked 46 in the world, converted just one of seven break points in the first set and the American dominated the second set.

Watson's early departure comes less than a month after her first-round defeat in straight sets at the US Open.