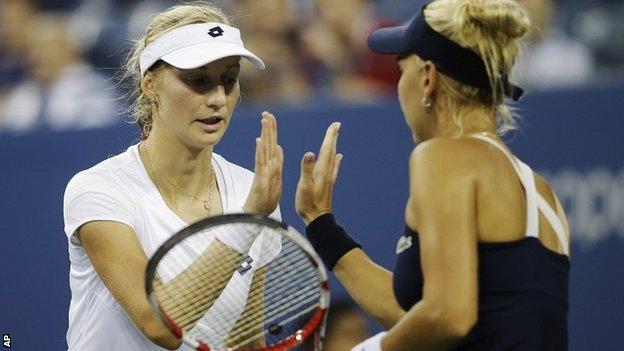 The fourth-seeded Russians lost the first set and went a break down in the second but beat Hingis and Flavia Pennetta 2-6 6-3 6-2 in the final.

It is their second Grand Slam title following their 2013 French Open win.

Hingis, 33, was appearing in her first Grand Slam women's doubles final since 2002, when she won the Australian Open title with Anna Kournikova.

"I'm just so happy. It was a great two weeks for me." said Makarova, who was beaten by Serena Williams in the semi-finals of the singles on Friday.