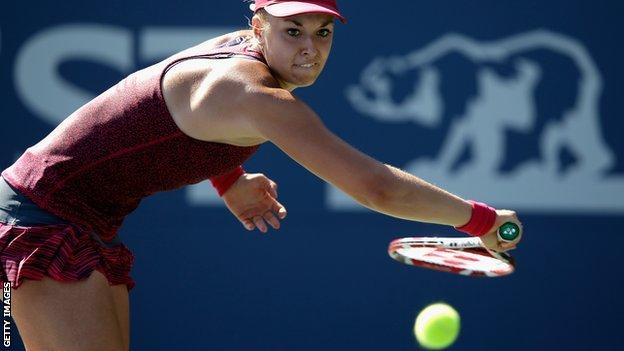 Germany's Sabine Lisicki hit the fastest-recorded serve in the history of women's tennis at 131mph during a first-round loss in Stanford, USA.

Venus Williams had set the previous record of 129mph at the 2007 US Open.

"Well at least I broke the world record for fastest serve," Lisicki said on Twitter after Tuesday's match.

In Washington, British number one Heather Watson suffered a first-round exit at the Citi Open.

Watson, who has risen from 113 in the world at the start of the year, won the doubles title in Baku last week but since Wimbledon has lost in the first round of singles in both Baku and Washington.