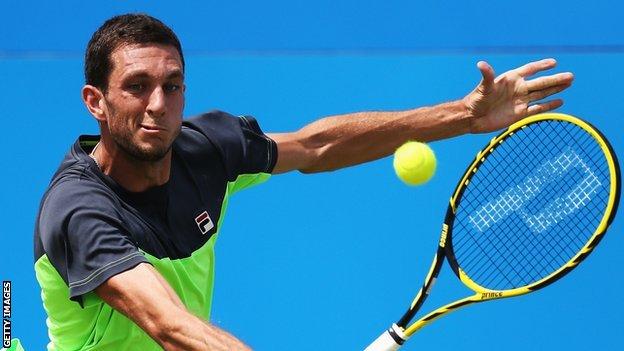 British number three James Ward has gone out of the Claro Open Colombia with a straight sets loss to Taiwan's Jimmy Wang.

World number 152 Ward was broken four times by Wang and lost 6-3 6-1 in the second round in Bogota.

The defeat denied the 27-year-old his first ATP Tour quarter-final since his run to the Queen's semi-finals in 2011.

Londoner Ward had moved into the second round after first round opponent Matt Ebden retired in the second set.

Ward, who had to qualify, was leading 6-4 3-0 when Australian Ebden was forced to pull out.