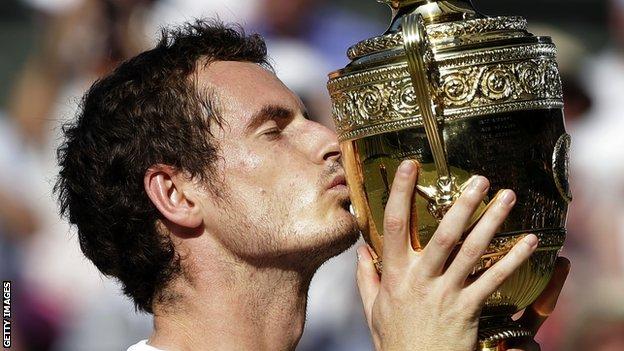 The BBC has comprehensive coverage of Wimbledon across television, radio and digital from 23 June to 6 July as Andy Murray defends his title.

Jimmy Connors and Martina Navratilova will also be part of the BBC line-up.

• All the action on any device

• Up to five alternative courts on the Red Button

• Highlights and full-length replays of key matches on demand

• Have your say through live votes

BBC Sport's digital coverage will be the most comprehensive ever, with up to 12 live streams across any device.

John Inverdale will present Today at Wimbledon each evening on BBC Two and BBC Two HD.

John McEnroe will take calls from listeners on his 6-love-6 programme, and you can catch up with the day in summary in the 5 live In Short section.

Up to five alternative courts can be accessed via the Red Button. Depending on your digital TV provider, you may need to retune your receiver.

Audiences can also join the conversation with all the best comments and opinions from across social media, email and texts.

The BBC Sport website will also offer a range of features, including a column from Murray, alongside all the latest news, analysis, draws, order of play, live scores and results. The site will also offer highlights, full match replays and video clips.

All the BBC's Wimbledon coverage broadcast on BBC One and BBC Two will also be simulcast and available for catch-up on BBC iPlayer.

If you have any questions about the BBC's tennis coverage please first consult our main FAQs page.

NB: Times are subject to change.

All online broadcasts are UK only.