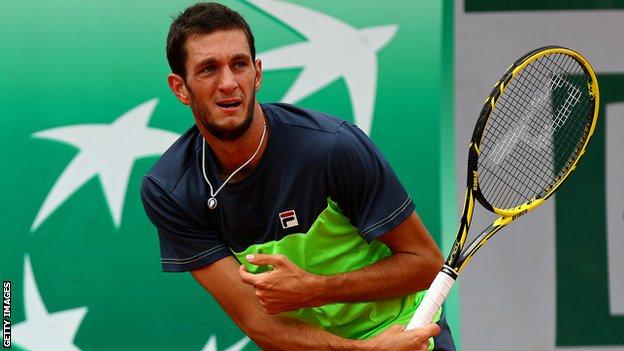 James Ward has become the first British man in more than 40 years to progress from qualifying through to the French Open first round proper in Paris.

"It's massive because it's a Grand Slam. It's the reason you play tennis. It's special," Ward told BBC Sport.

Ward risked the wrath of his coach by insisting on going to Wembley to watch his beloved Arsenal in the FA Cup final on Saturday, rather than getting to Paris early.

"He wasn't too happy about me not being here on Saturday but I took an early train on Sunday, so that made up for it," he said.

After dropping the first set, Ward recovered to level the match against Rola, ranked 75 places above him at 94 in the world.

The British number three claimed a famous victory in a marathon 101-minute decider after he earlier saved two match points.

"I was obviously not thinking good thoughts at that point," Ward said.

Ward joins seventh seed Andy Murray in the main draw, with the first-round matches to be played over three days from Sunday.