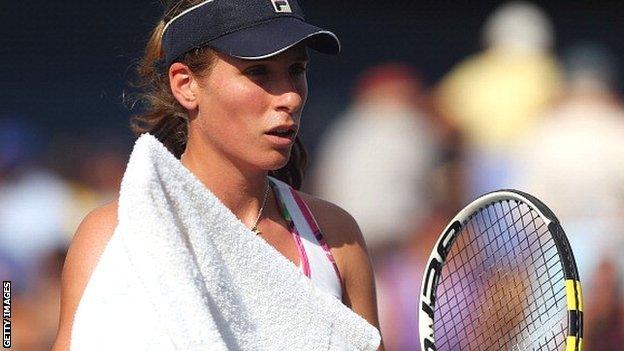 British number three Johanna Konta reached the second round of qualifying at the French Open with a 6-2 6-3 win over American teenager Sachia Vickery.

The 23-year-old, at a career-high 102 in the world rankings, needs to win two more matches to reach the main draw at Roland Garros for the first time.

Konta will next meet Pole Paula Kania, ranked 67 places below the Briton.

Rain caused Watson's first-round qualifier, against Ecuador's Irina Falconi, to be moved back a day to Thursday.

Compatriot James Ward also suffered a delay, and his match with American Ryan Harrison, in the second round of qualifying, has also been pushed back to Thursday.

The tournament begins on Sunday.