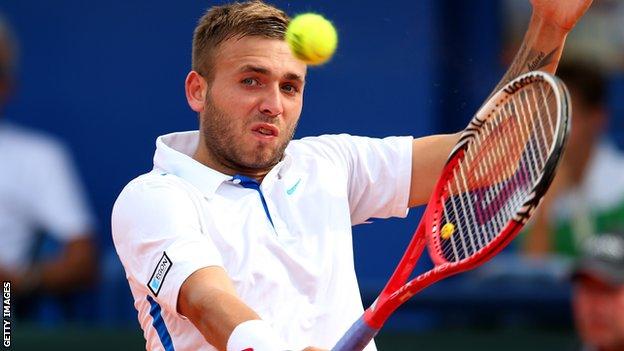 Great Britain's Dan Evans was beaten in the first round of qualifying for the French Open in Paris.

Davis Cup team-mate James Ward, 27, claimed a 6-3 7-5 victory against Radu Albot of Moldova to set up a tie with American Ryan Harrison.

Evans, who reached the third round of the US Open in 2013, was broken four times by an opponent that is ranked 51 places below him in a performance littered with errors.

Ward and Cox have to win two more matches to join Andy Murray in the main singles competition, which begins on 25 May.