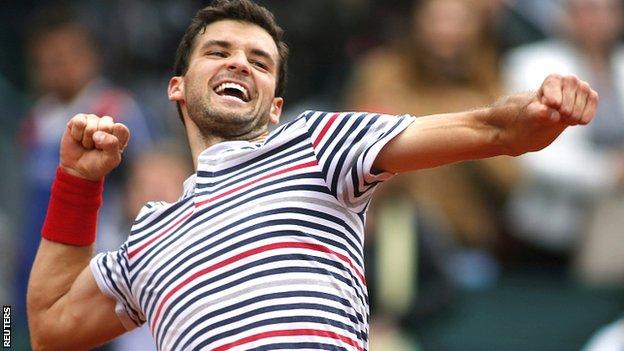 "I have put in enough effort, time and sacrifices to get here."

Dimitrov did not drop a set in four matches in Bucharest and will rise to a career-high ranking of 13 on Monday.

Japan's Kei Nishikori beat Santiago Giraldo 6-2 6-2 to win his first clay-court title at the Barcelona Open, and become the first non-Spanish winner at the Real Club de Tenis since 1996.