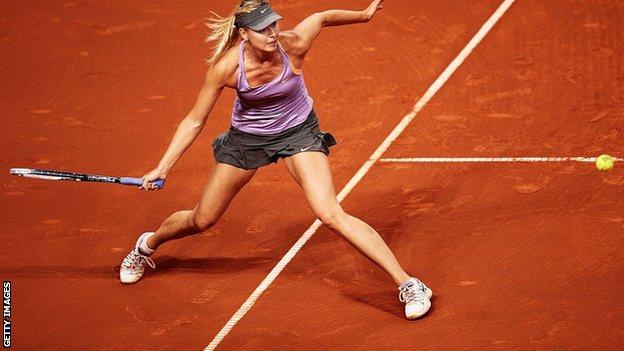 The Russian, seeded sixth, won 6-1 6-2 in 59 minutes to claim her 12th consecutive victory at the tournament.

Sharapova stays in the top 10

Anything less than a semi-final place in Stuttgart would have seen Sharapova slip outside the world's top 10 for the first time since March 2011.

Sharapova leads Ivanovic 7-2 in career meetings, with the Russian having won twice last year on clay in the Stuttgart quarter-finals and Madrid semi-finals.

"The further you go in the tournament, the harder it gets, and I really wanted to step up and produce a good performance," said Sharapova.

"The first tournament on clay is always tough - it's important to improve with each match and I think I've done that this week.

"I know how good Sara is on the surface and I was extra ready to perform against her.

"She has a lot of experience and really knows how to play, so I had to take care of things on my side of the net."