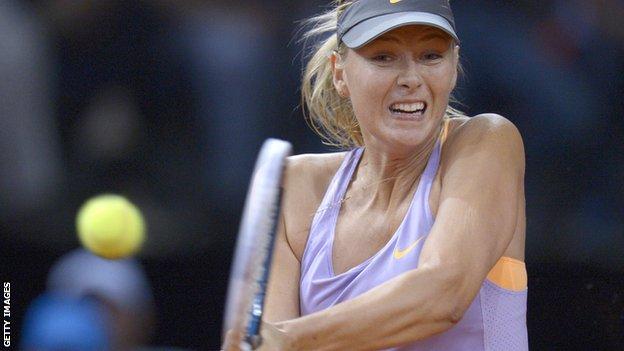 Sharapova, aiming for a third successive title in Stuttgart, needed eight match points to wrap up a 6-4 6-3 over the top seed.

The Russian world number nine will meet Italian Sara Errani in the semi-finals.

Sharapova has won all 11 matches that she has played on three visits to the Stuttgart clay.

"This was a big victory for me, the biggest since my injury," said Sharapova, who returned late last year after missing more than four months following shoulder surgery.

Defeat by Radwanska would have seen Sharapova drop out of the world's top 10.

"I've been on the tour for so long I wasn't really thinking about it," she said.

It took until the penultimate game of the match for Radwanska to play her best tennis, when the Pole repelled six match points and finally broke Sharapova's serve.